What place does health data have on our streets? We live with a myriad of numbers and statistics reported every day though they are easy to miss. One of the deliverables of this infographics project was a series of street-based infographics (or “infoventions”) around Bradford and Leeds in Yorkshire, UK.  These were focused around the issues of health and transport in relation to air quality. The purpose of the work was to alert viewers to: alarmingly high air pollution measurements (by covering an actual air quality monitoring station on one of the busiest roads in bradford), deaths-related to air pollution in Leeds (by placing work underneath a car) and the relationship between diesel cars produced before Sep 2015  and the amount of harmful nitrogen oxides they are legally allowed to emit.

By making numbers either site-specific or tied (quite literally) to the objects they relate to, they represent a reality unachievable on the page. They also invite us to look closer by initially raising 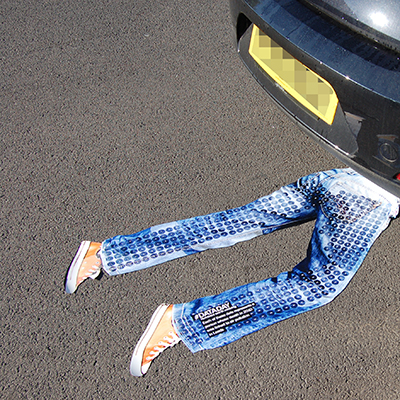 As a basis for the work, mock ups of a whole series of street 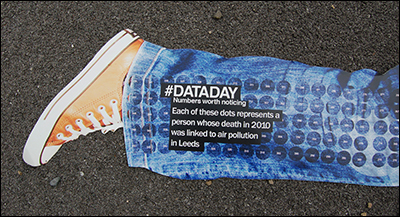 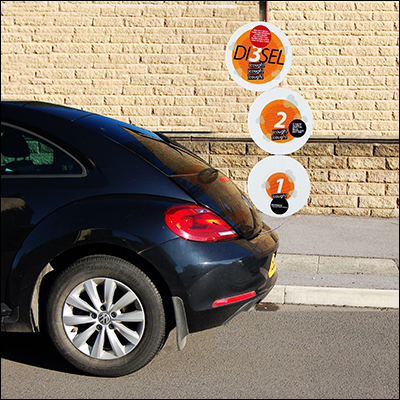 infographics were shown to
members of the general public and they were favourably received by 90% of the 85 people interviewed.  What emerged from interviews was the need to not ‘preach to the converted’ and to ensure work is both timely and transitory. Designs were deemed more effective for attention when placed in appealing but unexpected environments.

When data was shown in mocked-up street infographic form or standard drawn form it was, in 3 out of 4 design pairings, much more likely to be recalled in street infographic form and so we believe the infovention is an effective method for making numbers related to health both more noticable, real, memorable and tailored for communities. 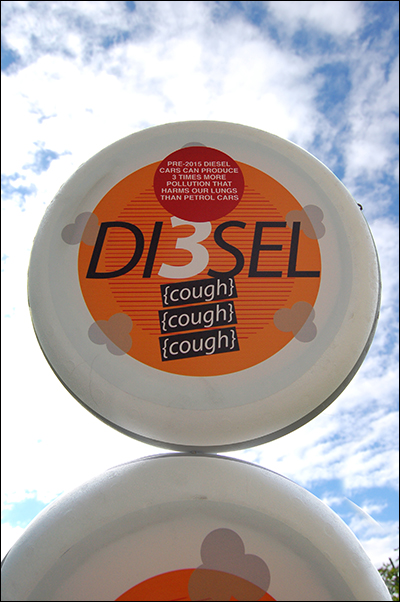